Ardtornish Estate is a Highland estate in Scotland located in Morvern, Lochaber. Ardtornish House is famous for its gardens and the estate is the location of the ruined Ardtornish Castle and the still-inhabited Kinlochaline Castle.

When Owen (1869–1958) and Emmeline Hugh Smith (d. 1971) from Langham in Rutland bought Ardtornish in 1930, the extensive gardens were a significant part of the attraction. So was the sport – the stalking, and the excellent fishing. Valentine Smith had laid out 28 acres (11 ha) of formal landscape including lawns, rockeries and walled herbaceous and kitchen gardens and employed up to 12 gardeners to maintain them. The Hugh Smiths, inspired by the gardens of Colonsay House planted a variety of new shrubs, especially rhododendron.

Owen and Emmeline’s daughter Faith married the Cambridge don John Raven and the former eventually inherited Ardtornish from her parents.

For twenty years, Faith and John’s eldest son Andrew Raven was closely involved in the development and running of Ardtornish Estate. He lost a seven year battle with cancer in 2005. His legacy lives on, both in many aspects of Ardtornish, and also through The Andrew Raven Trust – a Scottish Registered Charity (SCO39488), established in 2008.

Hugh Raven, his wife Jane and their two children left Notting Hill in 1999 to live on the family estate. They renovated the solid stone tower of Kinlochaline Castle and made it their home. Hugh, with a family committee, took over responsibility for the estate when his brother died. He is, as his brother was, passionate about conservation; and with the estate team has spent the last few years creating a hydro-electric system high in the hills to provide low-carbon, renewable energy. And before he died, his brother planted an indigenous forest of 500 acres – part of his legacy.

The estate received planning permission in 2010 for a new “township” of 20 houses at Achabeag, two miles west of Lochaline. Hugh said “We intend this to be a nationally-important example of a sustainable new community – with low-impact construction, the highest environmental standards, access to land for food growing and community use, and the possibility of community energy generation.

Today, Ardtornish Estate is a haven for those seeking an escape from the bustle of everyday life. The estate offers self-catering accommodation in a variety of forms, from a simple bunkhouse through to charming stone built cottages and grand Victorian apartments in Ardtornish Mansion House. The estate and mansion house also makes a splendid wedding venue, and using every bed space, the estate can accommodate up to 100 guests.

With conservation and sustainability at the heart of the estate’s objectives, five hydro power schemes are currently in place. A biomass woodchip boiler heats the mansion house, Achranich and the Bunkhouse complex and green initiatives are being developed to reduce further the estate’s carbon footprint.

The estate is also a working farm producing its own beef, venison, lamb and mutton.

There are strong links between Ardtornish Estate and the Whitehouse Restaurant in Lochaline, which is co-owned and founded by Hugh’s wife Jane Stuart-Smith. 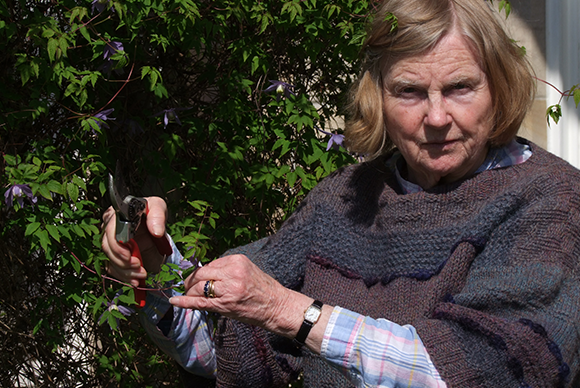 The Ardtornish estate is big even by Scottish standards, 35,000 acres in all. It spreads out around Loch Aline, a huge, wooded, U-shaped bay, a natural haven.